Here at Wiproo, we’ve decided to come up with three articles that cover three different age ranges that allow you to download some of the best games suitable for your kids of those age ranges. These games will help them learn, improve their motor skills, but most importantly will have them having so much fun. You’ll see a lot of big name characters that you’ll recognise in some of these games which will be great for your kids to play with and will make it more enjoyable for them. Despicable Me is one of the biggest movies franchises in the past decade and the minions are the hit of the two movies, so much in fact that they’re getting their own movie later this year. Anyway, Minion Rush is a Temple Run-style game themed in the Despicable Me’s minion world. It features some fun graphics, unlockable characters, high-action gameplay and some really addictive levels that will keep your kids wanting to play for hours. Draw Something is a classic. Well, it was a classic that has now fizzled out a bit. However, that doesn’t stop it from being a great game for you to get your kids into playing. Draw Something, for those of you who don’t know, is a turn-based game where you’re given something to draw and you have to draw it as closely to real-life as possible and the earlier on the opponent gets it, the more points you both get. It’s a simple premise but one that can be incredibly addictive and is especially for those with painting and artistic talents. Hay Day is just one of the MANY farm simulation games out there, another notable mention is Farmville 2, but Hay Day is our personal favourite here at Wiproo as it got most things right from day one. You can grow, tend to and unlock more crops and famryard animals as you play throughout the game. You’ll have people wanting certain orders, you have a board to deliver orders for and many other little sections of the game to keep your playing and keep you wanting to come back to level up higher. TrainStation – The Game on Rails (Free)

TrainStation is a really great train game that allows you to simple build and manage your own train station. It’s a game enjoyed by over 15 million different people and for good reasons. You can collect over 1,000 different locomotives; design different station themes; transport different materials, subjects and mail; complete over 300 challenges and be sure that more content is coming. In fact, the last content update was only last week. It’s a great game that will certainly entertain train enthusiasts, but even those who love to collect, build, design or just complete missions. Leo’s Fortune is a bit of a legend in the iOS world as it has garnered a reputation for not only being one of the most beautiful games in the App Store, but towards the end, one of the hardest also. Leo’s Fortune won Apple’s Design Award of 2014 which it deserves thanks to some life-like shadowing and animations. Your kids will love the 24 challenging levels to complete within his game, voyaging through different terrains from jungle, deserts, mossy forests, pirate cities and snowy mountains. There’s also a story behind the game that creates intrigue, along with a hard-core mode which requires you to beat the whole game without dying and if you do, you start from level 1. Terraria is a game that took a lot of influences from the worldwide phenomenon that is Minecraft. However, Terraria has gone above and beyond in creating its own personality, world and ideas. Terraria is a side-scrolling action-RPG simulator, I guess. It has building elements, material-collecting elements, crafting elements, fighting elements, exploring elements, weapon improving elements and so much more. It’s a truly content-rich game with lots of weapons, materials, armor, furniture and more to collect and do within this wonderful world. The LEGO games are some of our favourites here at Wiproo as they’ve picked a gameplay style and they stick to it with minor improvements with each game they make. We chose LEGO Batman merely because he is our favourite superhero, however, all the games are brilliant and you can check out: Tower-Defense games are some of the best games to be played on the iPad due to the large screen, and with the newer models, the advanced graphics processing that allows them to process loads of objects moving at the same time. There are plenty of different games within this genre out there, but we believe Bloons TD 5 to be the best as it offers up plenty of different “towers” to play with, lots of upgrades, lots of different missions and a unique graphics style. One of the best things that girls love to do as kids is own their own restaurants or set up cooking stalls in the garden. Often you’ll find the lads joining in too. So what about on a rainy day? Let them sit in and start up their own restaurant that lets them cook burgers, sausages and serve them to customers for money which they can then use to upgrade their shops and equipment.  As they advance, new types of foods become available such as cakes and more, making it definitely a game worth more than a single play. If your little lad or lass is really into football and you don’t really want to get them a full-on games console yet, then there’s no better way to let them play FIFA than the Ultimate Team game on the iPad. This version of FIFA allows you to take control of the Ultimate Team mode in FIFA; you collect cards of players, contracts, fitness levels and more and then buy and sell them to upgrade to better players and better cards in general. A simple system which is great fun, but then you add in that you can play the full game with really nice 3d graphics and it’s quite the game for FREE. Obviously watch out for those in-app purchases which could have your kids racking up your credit card bill trying to get the in-form Ronaldo. 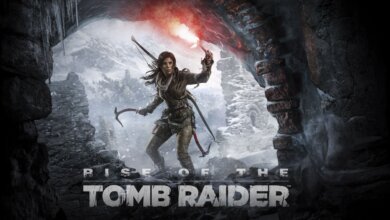 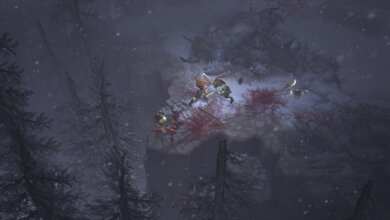 September 30, 2016
Facebook Twitter WhatsApp Telegram
Back to top button
Close
We use cookies on our website to give you the most relevant experience by remembering your preferences and repeat visits. By clicking “Accept All”, you consent to the use of ALL the cookies. However, you may visit "Cookie Settings" to provide a controlled consent.
Cookie SettingsAccept All
Manage consent