2015 is definitely one of the best years in recent memory for absolute blockbuster games and brand new games that look to bring something new to your home console or PC. We’ve got a list of 10 of the most exciting games still to come in 2015 which should keep all you gamers wondering what game it is you’ll be buying next. We’ve got huge games from huge names and some smaller games that look to be taking us places we’ve never been before, literally. We hope you find a game that you’re excited to play throughout the year of 2015 and into 2016.

Call of Duty is obviously a franchise that garners a lot of attention every year being one of the biggest selling franchises in the history of gaming. Advanced Warfare came along and threw the whole franchise in the air by bringing in new gameplay mechanics never seen in a call of duty before. Blops 3 looks to expand upon that by bringing in the ability to run along walls now too. For those who are complaining about it being too modernised, apparently there’s going to be a Zombies game mode based in the 1940s, so it’s all good!

FIFA is another one of those franchises that, year-in-year-out, consistently sells an incredible amount of copies without really innovating too much on the series. This years’ version of the game gives you the ability to play with the Women of the game which is a brilliant addition. It’ll be interesting to see how the women rate and whether you can play the women up against the men. In addition, they’re working on improving the defense and attack of the game along with obviously adding in the new slew of animations and improved ball physics.

Apparently there’s a Star Wars movie coming out this year or something we’ve heard? Oh and books, comics, board games, even lipsticks. But for Star Wars gamers, the big game of the year is definitely going to be Battlefront. Star Wars: Battlefront takes on the Battlefront name but under the new EA license. From first glimpses at Gameplay, it looks to be a beautiful, massively multiplayer online shooter and lightsaber game that has you earning points, fighting in well-known Star Wars battles and more. Very exciting stuff.

This is the first game on our list that may not be a massive gaming franchise, however due to the movie getting a lot of attention and critical acclaim, it’s a name we’re sure you’ve heard of. The Mad Max gameplay trailer actually makes the game look incredibly fun. You begin by selecting a car which you can upgrade with more external gear to make it look bad-ass and then also upgrade your own personal self to improve your fighting ability. It’s made by the same people who make the Just Cause series and looks to be vehicle-battle based and have similar fighting mechanics to the Batman Arkham series so there’s a lot of potential here.

It’s been a long time since we’ve seen a decent Tom Clancy game come out of Ubisoft. However, Six Siege looks to be the next great game in the franchise, offering up some great mechanics. The game first got people’s attention with a gameplay trailer that showed some stunning graphics as group of soldiers walked through a post-apocalyptic snowy New York City. The graphics since then haven’t been quite as stunning but the gameplay mechanics and ability to choose whether to kill or keep your allies is an interesting decision from the developers.

Halo is Halo. It’s one of the best-selling Xbox games that has ever excited and has created an incredible franchise that expanded into other games, mobile games, TV Shows, rumoured movies and more. It’s a world that every player is fascinated with and Halo 5 looks to expand on the Halo games like never before. Things to note: many new weapons to use, you can now command your team and play as someone other than Master Chief, the maps are 4x as large on both single player and multiplayer and did we mention it looks gorgeous and runs in 60FPS the whole way through.

Forza is another series that has gotten itself a really good reputation. Forza 5 was a little bit of a let-down, offering the least amount of cars ever in a series and even offering some cheap in-game purchases to try and get as much money as possible. Forza 6 looks to go back to the classic Forza idea along with bringing it a stunning graphics upgrade that includes dynamic weather that looks to take the game on a next level. With these stunning graphics improvements, modern cars, improved car physics, new tracks, dynamic weather and much more, this is looking to be the greatest car simulation yet.

The original Tomb Raider came out and surprised a lot of people by creating a stunning looking game that actually played really well. People saw it as the Uncharted series but with a bow and arrow. Microsoft saw the massive response and have bought the exclusive rights to the sequel which will progress on from the original game. Not only does the sequel look stunning but it will definitely be a rival for Uncharted 4 when it comes to the best action games over the next year or so. This is definitely a game that, as long as the storyline is solid and it continues on what made the original games great will definitely be a success towards the end of 2015.

No Man’s Sky is one of those games that has received a mad amount of hype purely on the premise. It’s being made by 12 men in an office who have big dreams of creating the most ambitious game in the history of games. Essentially No Man’s Sky will have you exploring a galaxy’s worth of different planets allowing you to explore new planets, plants, animals, trees, lands and more. You have a ship and multitool which you can upgrade by collecting resources and money. It looks to be an incredibly ambitious game and early gameplay footage looks to show that they’re managing to pull it off so far.

No Pre-Order Date or Price announced yet

Fallout 3 is one of the biggest games of the decade, offering up a massive expanse of world to play in along with lots of weapons, stories, RPG elements and more. It was no surprise that when Fallout 4 was shown at E3 then that a lot of people were excited in anticipation for the next game in the hit series. Fallout 4 looks to bring everything that was great about Fallout 3 and New Vegas and add a bit more colour, add lots of weapon customizations, more stories and a bigger world. It’s definitely a game worth doing a bit of research on!

7 Awesome Free to Play Games You Can Play Right Now! 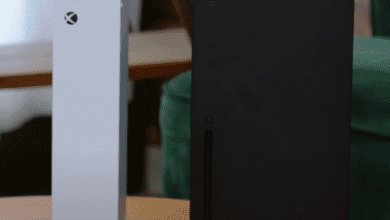 November 12, 2020
Facebook Twitter WhatsApp Telegram
Back to top button
Close
We use cookies on our website to give you the most relevant experience by remembering your preferences and repeat visits. By clicking “Accept All”, you consent to the use of ALL the cookies. However, you may visit "Cookie Settings" to provide a controlled consent.
Cookie SettingsAccept All
Manage consent