The HTC One series and the Samsung Galaxy series are without a doubt the two big runners when it comes to the world of Android phones. You’re going to end up paying a lot of money for both but for quite different reasons. The HTC One M9 only saw a minor iteration to what was already an almost perfect phone and with the Samsung Galaxy S6 we saw the introduction of a brand new design and updated specs.

The Samsung Galaxy S6 and the HTC One M9 are both incredible phones and would be great for most users, however with both phones you have to compromise on one or two parts of the phone and that’s what we’re going to diagnose here today. We are going to talk about different aspects of both phones, their strengths and their weaknesses which we hope will help you decide which of these incredible phones you’ll be buying this spring season!

The HTC One series has been the benchmark when it comes to smartphone design, some arguing that it surpassed the untouchable iPhone with it’s incredibly beautiful curves, 90% aluminium body and incredibly high quality feel. The M9 has brought a more corrugated aluminium with this year’s design as the main problem with last year’s beautiful body was that it was too slippery and was often found falling out of hands when getting out of pockets. It is still on a level no other smartphone manufacturer can match and if you’re looking for a phone that will turn heads and have people wanting to hold and touch it, then the HTC One M9 is for you.

The Samsung Galaxy series has become notorious for selling so well despite having a cheap plastic design with no feel of high-quality about it at all. However with the S6, that’s all changed! Taking cues from their Galaxy Alpha they released last year, Samsung have made the S6 out of mostly glass with metal bands and buttons around the edges. It’s a beautiful new design, however it feels to me more like the iPhone 4 and it feels like the S6 still doesn’t even come close to the iPhone 6 or HTC One M9 when it comes to design. However, if your biggest gripe was with the Galaxy Series’ build quality, then worry no more as this is a massive improvement over previous years The One M9 comes running Google’s latest version of Android, 5.0 Lollipop. This was expected and is no surprise. The M9 also comes with a reiteration of it’s HTC Sense skin, numbered 7 now. The new OS introduces a few new filters, such as an adaptable widget which shows your most used apps depending on if you’re at home or at work, new camera features to change filters, area-based food and restaurants recommendations and other little bits and bobs. The HTC skin overlay is the most tame of overlays when it comes to Android and as a result doesn’t slow the phone down at all and allows the phone to consistently run as if stock Android. Samsung have received mass criticism for their TouchWiz UI for two main reasons: it is incredibly ugly and it ends up slowing the phone the phone down a lot overtime. You’ve still got the ugliness with the Samsung Galaxy S6, but now you have 40% less clutter apparently which will result in not only a faster experience but also hopefully, a longer time period before it begins to slow down! Samsung is famous for all it’s gimmicks such as the ability to swipe over the screen to swipe between images, heart rate sensor and more. This year, you can take selfies by tapping this heart rate sensor and that’s something that makes a lot of sense! The Camera on the HTC One series has always been it’s downfall, attempting to offer users an “UltraPixel” camera that allows in more light but also struggles to reveal detail. With the introduction of the HTc One M9, HTC ditched the UltraPixel and decided to go with a 20mp camera on the rear instead. Does this necessarily mean it’s better? From initial demo review units, this is not so. The HTC produces some very poor images still and struggles in low light and as a result isn’t going to be the phone you buy if you want iPhone 6-quality images taking. The Samsung series have always competed with LG to produce the best camera when it comes to Android phones and is arguably the only phone that can compete with the iPhone when it comes to taking images. The S6 looks to improve upon this with a 16mp camera and a really neat feature of double-tapping the home button when the lock-screen is off to open the camera to snap a pic. Apparently you can have a picture taken in 0.7 seconds using this process which is something I can imagine a lot of people will be interested in. In addition, the picture quality in previous Samsung phones has always been great and we can’t imagine that the S6 is going to be worse than previous models.

We have to mention the speakers on these phones purely because this is the One series’ highlight feature for most people. Along with it’s brilliant screen, the HTC One series offers two loud front-facing speakers that offer not only the loudest experience, but the bassiest and fullest experience. The media experience as a result is something that is unparalleled on any other smartphone. With the M9, HTC have partnered with Dolby to introduce 5.1 surround sound speakers that are apparently 20% louder and bassier which will undoubtedly result in the most amazing speakers you’ll find on any smartphone on the market.

The Samsung series have never been known for it’s speakers featuring a weak tinny speaker on the back of the device that is easy to cover up and has little to no base at all. The S6 has improved upon that slightly by bringing the speaker to the bottom of the device, housed in the metal banding and Samsung say it is 1.5x louder which doesn’t necessarily mean it’s a fuller sound, it just means it’s louder.

Finally, we’re going to cover the screens of the HTC and the Samsung. The HTC One M9 has stuck with the exact same 5″ 1080p screen that was found in the M8, which by no means is a bad screen but it doesn’t offer much excitement in a world of 2k phone screens. The advantages to this are that the phone might run more smoothly as it’s pushing less pixels around and the battery may last longer for the same reason.

Samsung’s screens have always been incredible with their Super Amoled displays. The S6 has one-upped every phone on the market introducing a 2k Super Amoled display which results in a 577 PPI display which is currently the highest pixels per inch on any phone right now. It offers great viewing angles, incredible brightness, vivid colours and obviously a brilliantly clear screen. Samsung brags the S6 offers a 12 hour battery life on WiFi which is a good offering considering the amount of pixels the phone is pushing around.

These are the main features where we believe the HTC One M9 and the Samsung Galaxy S6 need to be compared. As you could probably have guessed, when it comes to paper the S6 is bar far the better hpone offering a better camera, better screen, better battery life and more features. However, when it comes to every day life and using the phone on a day-to-day basis, who knows which phone some people will prefer.

On our opinion, if you want a phone that looks great, feels great and works brilliantly as a phone and the camera is only used to take the casual Instagram shot or Facebook picture then the HTC One M9 is your choice. If you want a phone that can do absolutely everything with fun features, a great camera, wireless charging but you aren’t bothered about looks or the fact the device may come with bloatware then the Samsung Galaxy S6 is the phone for you. 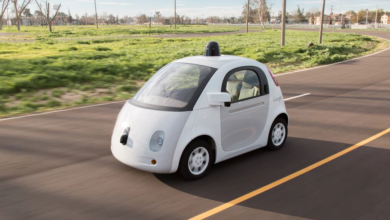 Tech Neck and Office Knee – How Technology Is Harming Our Joints 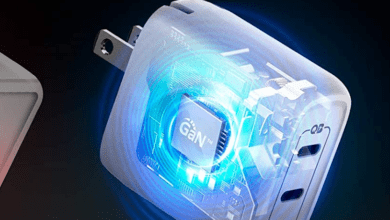