So we don’t know if you heard but Apple had their annual September event on Tuesday during which they usually announce a new iPhone, maybe a new iPad and then sometimes throw in a little insight as to what is coming with the future of Apple. This year saw probably the biggest ‘S’ model update we’ve ever seen in an iPhone and also two brand-new products, both of which bring old product categories into the modern age. So, what did Apple announce at their event? Well, let’s dive straight in and find out!

Yes, as always at these events, Apple announced an upgrade to their iPhone line. Last year they obviously announced the iPhone 6 and the 6 Plus, now despite the many numbers and letters in the names now, they are indeed called the iPhone 6S and the iPhone 6S Plus. However, the names take nothing away from the incredible update that Apple have brought to their new iPhones. 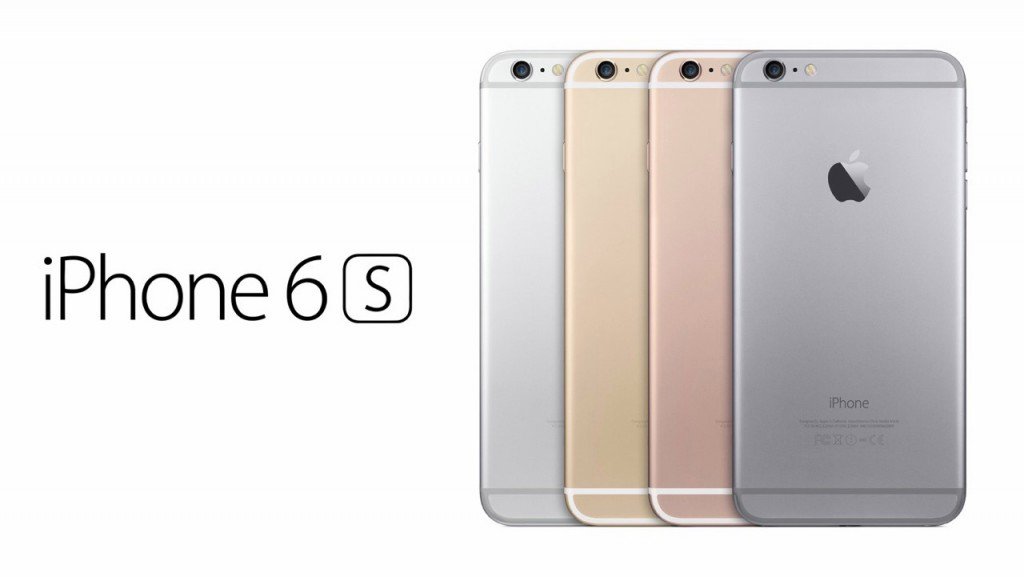 Both phones see an upgrade to their internals with the new A9 chip that Apple is touting as having a 70% faster CPU performance and up to 90% faster GPU performance. This is obviously over the most recent chip from the old iPhones. The chip also runs off a 64-bit architecture, making sure that this is Apple’s most advanced chip yet.

However, the real story of the new iPhones are the new cameras and the new 3D Touch. First off, 3D Touch is Apple’s attempt at revolutionising multi-touch and taking it to the next level. The idea of 3D Touch is that, like Force Touch on their latest Macs, you can press slightly harder on the phone, recieve a tiny haptic feedback and interact with the OS in whole new ways. This can result in quickly accessing an apps features by 3D Touching on it’s icon, viewing a photo from an iMessage or email by 3D Touching or 3D Touching on different emails to archive, delete or reply to them. It’s a unique idea and adds a whole new depth to iOS, let alone a whole new technology.

Finally, the new iPhones comes with far improved cameras. For more than a year now, a lot of Android phones have had a far more superior megapixel count than the highest end iPhones and Apple explained that this was because they didn’t want to increase the megapixel size until they knew they could keep the same image quality, if not improve it. And if the new shots from the camera are anything to go by, this is definitely going to be the smartphone camera to beat. Along with the 12mp upgrade, the iPhone 6S and 6S Plus can now shoot in 4K resolution too, which most flagship Android phones have been able to do for a while. Oh, did we mention there’s now a pink iPhone? Well… “Rose Gold”.

It’s been rumoured for quite some time that there was going to be an iPad Pro; an iPad that was larger, more powerful, came with a keyboard and certainly more business-orientated. So it wasn’t a huge surprise when Apple did indeed announce the iPad Pro. And the iPad Pro is exactly what people were expecting. 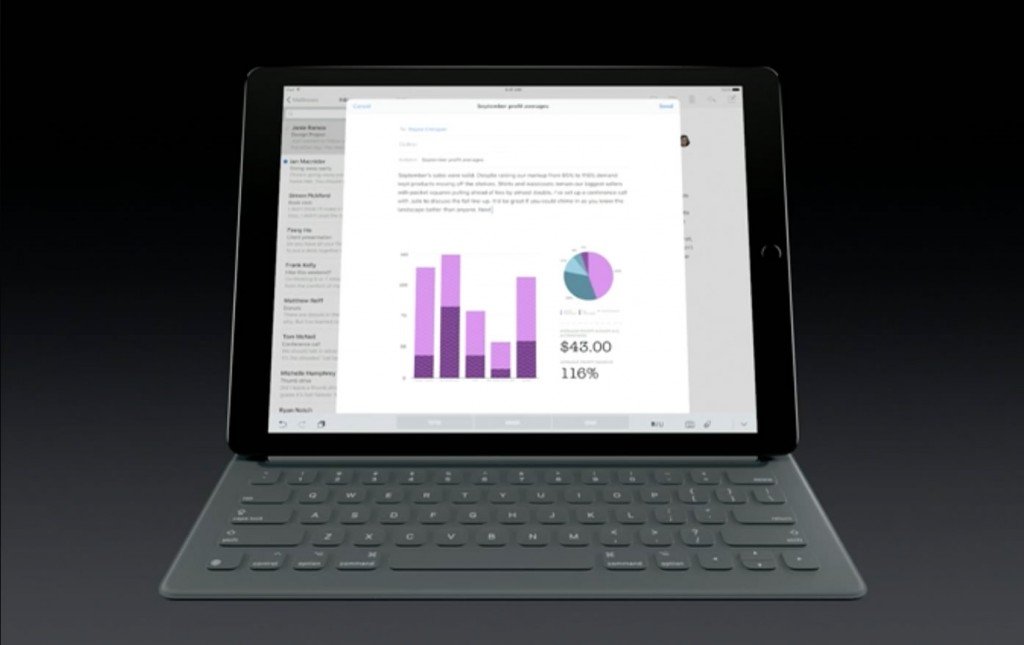 The iPad Pro is a 12.9″ Retina Display iPad that comes with an external smart keyboard that will likely feel similar to the Microsoft Surface Pro 3’s keyboard. On top of the keyboard, the iPad Pro comes with a stylus that Apple is calling the Apple Pencil (herald back to when Steve Jobs slammed the stylus and said Apple would never make one). The new Apple Pencil will work similarly to how all stylus’ work. It will allow you to annotate in certain applications such as email, notes and such and obviously Apple will open up the technology so developers can take advantage of it.

The iPad Pro is far more powerful than the current iPad Air 2 which is already a powerhouse of a tablet. the iPad Pro is apparently 1.8x more powerful than the iPad Air 2 and demonstrations were shown on stage to prove it. People were playing graphic-intensive games, adding delicate changes to the model of a skeleton and other things too. It certainly looks like a powerful device and Apple will likely advertise the heck out of that.

For a long time, the only thing that Apple TV had going for it was the Apple badge on the top and the fact that you could use airplay to watch content and view your iOS device content on it. However, Apple has finally come out and made, what looks to be, a really good Smart TV Set-top box. The Apple TV has a completely redesigned controller, UI and now a deep app-store.

The new controller looks to be similar to the Amazon Fire TV’s with the ability to hold a button to search with your voice and perform actions. However, the Apple TV’s remote has a little touchpad on it too that allows you to swipe, tap and hold your way through the menus, apps and games.

Speaking of Games, Apple made a huge push towards their app store on the Apple TV as they do with every product that they bring out. The App Store on the Apple TV will have plenty of natively-built applications and games at launch. These titles will take advantage of the power in the Apple TV as Apple wants casual gamers to play as well as people looking for something with more intensity that requires a higher processing power. All-in-all, the Apple TV has at least caught up with, if not overtaken, the rest of the set-top market bringing everything these rivals offered along with some neat new features that really only Apple have the power and know-how to fully take advantage of.