Modern technology allows companies to re-imagine products and make innovative and unusual wearables, including ‘beauty tech’ which combines beauty products with wearable technology. Katia Vega is the designer behind the strange products being created by Beauty Technology, a Brazil based company.

Hairware is an invention by Beauty Technology that sounds like a gimmick, but Vega hopes it will catch on. The new gadget was unveiled at the ACM International Conference on Intelligent User Interfaces in Georgia and has received media attention for its unusualness. The strange beauty gadget includes chemically metalized hair extensions that allow women to send a text message by stroking their hair or take a selfie by twirling it around their fingers. When the hair is touched an electrical circuit is completed and a Bluetooth-enabled hair clip sends a signal to a smartphone. The extensions respond differently whether they are touched at the top, the ends or multiple times, so can be programmed to perform different actions.
While the Beauty Technology product is certainly unusual, Vega hopes that it will be used by women to send a text message or share information if they feel threatened. This can be done discreetly as no one will know that a message has been sent as the woman seems to be casually playing with her hair. Vega also envisions the hair gadget being used by intelligence agencies and plans to make a similar product for men that will involve a conductive beard and hidden clip.

Beauty Technology is responsible for other unusual gadget and beauty designs- conductive makeup has been created in order to complete circuits and connect sensors and actuators in an attractive way. After experimenting with conductive ink, Beauty Technology created conductive stickers that look like makeup in order to fool passersby into thinking they were beauty products and not circuits. In addition, Beauty Technology have used conductive temporary tattoos containing LEDs and chemically metalized false lashes that react to blinking eye movements. These eyelashes have been used in projects that range from a model blinking and using movements to activate music and images, to using the false lashes to make objects levitate by blinking.

Beauty Tech nails are another interesting beauty innovation that contain electromagnetic components such as RFID tags, magnets or conductive polish that allows a wearer to interact with wearables. RFID tags can be read by an RFID reader which enables the wearer to use individual fingers and movements to control musical devices, while magnets can give access to different objects with magnetic switches.
While Beauty Technology have mainly used these nails as part of musical projects such as AquaDJing, they also completed a project where a wearer uses finger movements to create a secret combination that opens a door. Vega hopes these acrylic false nails may one day work as a substitute for ID cards, tickets and credit cards, an idea which may not be far off thanks to the increasing use of smartphones as contactless payment devices.

While the technology may be easily implementable and can be developed for future use, the problems may lie in convincing people to wear these gadgets. Wearing a smart watch is one thing, but having technology as a part of your body such as skin or hair may prove to be too alien a concept for many of us. 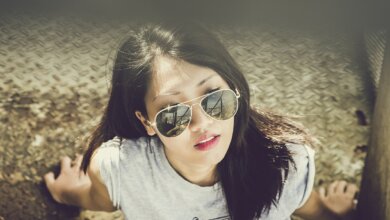 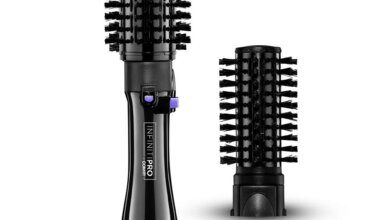 7 Best Hot Air Styler Brush For All Types Of Hair 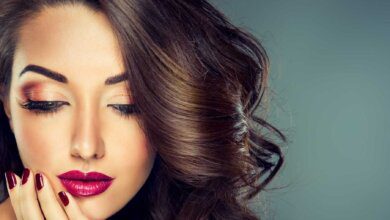 November 10, 2016
Facebook Twitter WhatsApp Telegram
Back to top button
Close
We use cookies on our website to give you the most relevant experience by remembering your preferences and repeat visits. By clicking “Accept All”, you consent to the use of ALL the cookies. However, you may visit "Cookie Settings" to provide a controlled consent.
Cookie SettingsAccept All
Manage consent