The 10 Greatest Sport Game Apps for iPhone and Android

It’s a great feeling sitting down to watch your favourite sport on TV, but what about when you’re on the move or you’ve only got your phone with you? The only thing better than watching your favourite sport is playing it, and for those addicted to their touchscreens that means downloading the best sport game apps and getting into the competitive spirit! Take a look at our list of the best sport games for iPhone and Android so you can get your game on wherever you are. 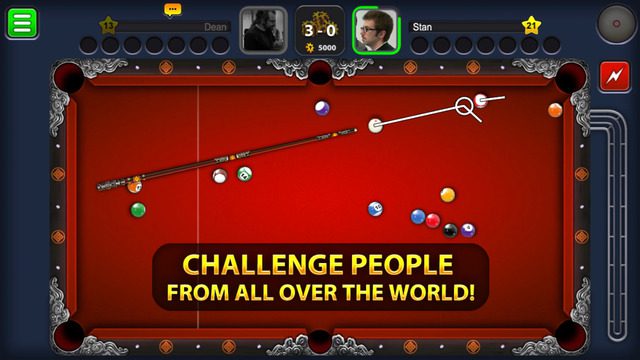 This is a great pool tournament app that enables you to play against one opponent or in eight opponent matches. In 8 Ball Pool you can increase your ranking and rise up through the levels by competing in matches for pool coins that allow you to buy new items in the pool shop or enter higher ranked matches. This great sport game app also allows you to play against your friends by signing in on Facebook or Miniclip. 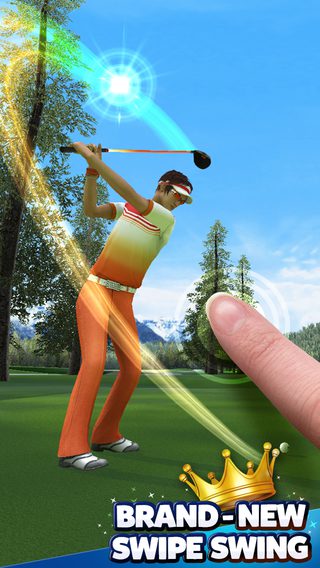 This brilliant sport app boasts more than 300 challenges across real courses and lets you perfect your technique using innovative controls. You can compete against your friends, play trick shots, collect crowns as trophies and even learn from the golf pro masters. This is an awesome game for golf fans! 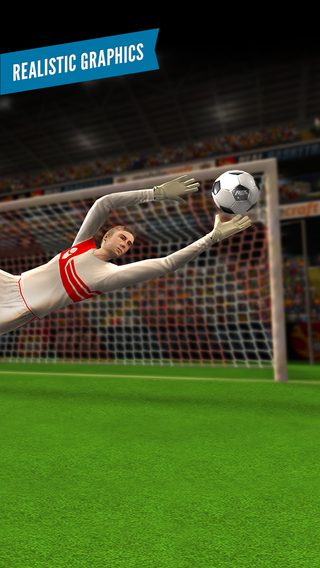 Flick Shoot 2 is playable in a range of languages and offers six single player modes plus two online competition modes that make this soccer app an exciting game. The app boasts 3D graphics and great control that makes sure you’re in control of the ball. You can also customise your players, jerseys, balls and shoes as you complete challenges and missions. 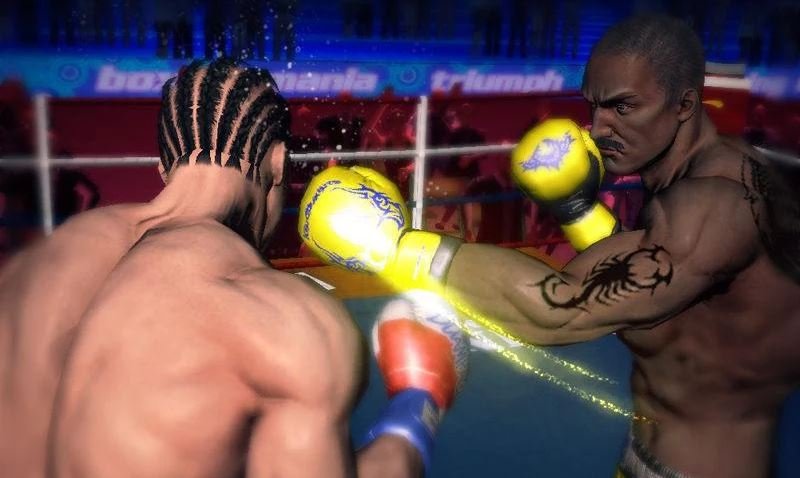 Punch Boxing is one of the best combat sport game apps for mobile so it’s a brilliant one to download for free. The app challenges you to compete against more than 30 international boxing champions and level up to show off your skills. The touchscreen controls allow you to stay in complete control of your moves to create a realistic fighting experience. 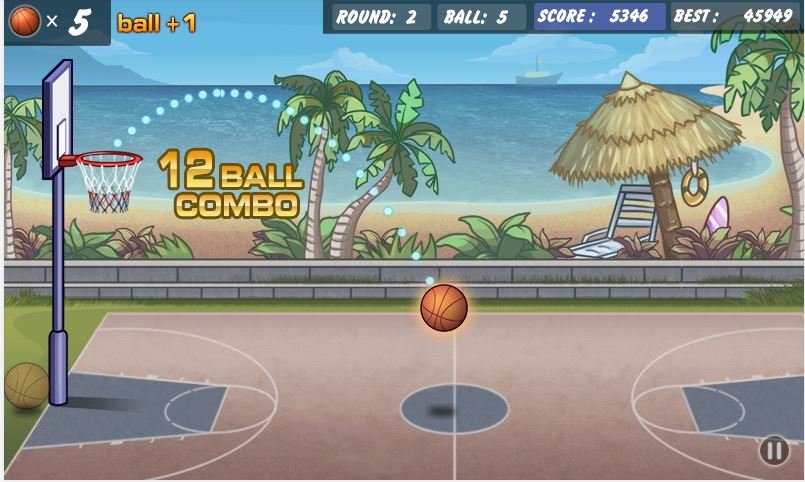 Basketball fans will love this little sport game app which is challenging and based on realistic physics. The aim of the game is to get the ball in the hoop, but its not as easy as it sounds which is what makes Basketball Shoot so fun and addictive. 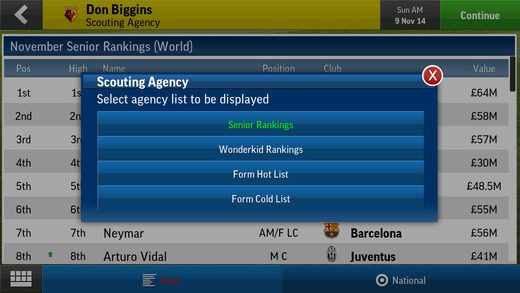 Football Manager Handheld is a must for football fans who want to try their hand at managing their own team. This mobile sport app requires you to make all the important decisions about transfers and tactics which could mean your team win or lose in their next match. You can also analyse your teams performance, monitor your players and win trophies, awards and achievements. 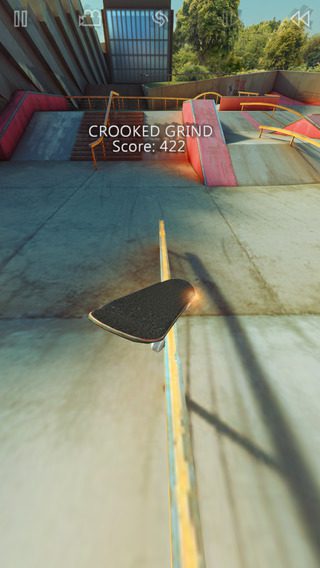 True Skate is a great skating app that features a park including grind rails, half pipes and ledges for you to perform tricks in. The app has realistic touch based physics which allows your board to perform exactly as you’d expect in real life. You can complete missions and user challenges in order to earn credits too. 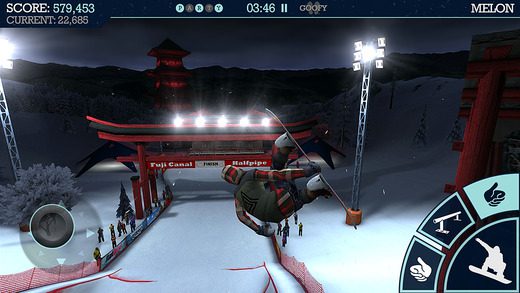 Snowboard party has awesome graphics that make this an addictive game to play. Learn moves, improve your skills and challenge riders in one of over 15 locations for the ultimate thrill on your phone. There’s a huge range of features packed into this app and a large number of customisations are also possible. With four modes and 50 tricks to master this sport game for iPhone and Android is sure to keep you occupied! 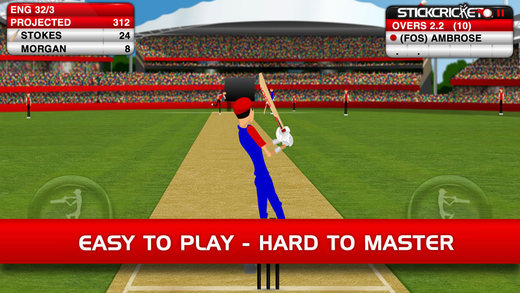 Stick Cricket is an easy to play mobile sport game that will have you addicted in no time- work to unlock 14 countries through cricket battles that send you on your way to dominating the world. Win the world cup, take on the All Star Slog or play against your friend via Bluetooth to prove and improve your cricket skills. 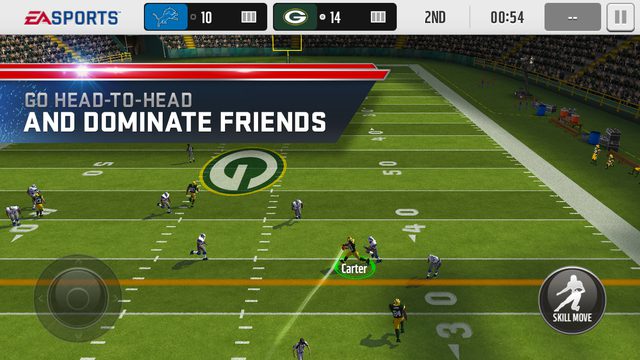 Collect NFL stars and create your own team in this awesome app which challenges you to test your players out in matches. This great game has an analog stick control system which is so easy to use you’ll have your team at the Super Bowl in no time.