In a series of job adverts posted Google’s website, the tech company seems to be creating a team to work on a new version of the Google Glass, which could form a collection of products.

The smartwear glasses were taken off the market in January 2015, only a few months after the £1000 headset first went on sale in the UK. While fashion designers such as Diane Von Furstenberg and Luxottica tried to create a fashionable design for the Glass, it was ultimately conspicuous due to the small display that sat in front of the eye. This made the glasses noticeable and not trendy with the fashion conscious.

The Glass helped users take photos and videos without anyone knowing, meaning that the smart glasses proved controversial. Users were attacked in San Francisco, leading to many bars banning people from wearing the device. In addition, the Glass was banned from cars, casinos, cinemas, hospitals and banks due to worries about safety and security.

Despite the problems, Google said in January that it did not plan to abandon the project, but to divert its attention to the Glass at Work project which aims the eyewear at companies. It said that a new version of the Google Glass would be released when it’s ready, leaving many wondering if a new version would ever be ready.

The Google Glass team became its own division at Google, moving out from Google X where new projects are worked on. Job adverts on the Google website first seen by Business Insider state that the Google Glass team is now working to develop smart eyewear and “other related products”. The suggestion of related products has led some to speculate that Google may be planning on creating a group of complementary products for the Glass, turning the project into a range rather than a standalone product.

Job listings on Google’s website include an Audio Hardware Manager, RF Systems Engineer, Human Factors Designer and a Hardware Automation Engineer. All listings seem to be geared towards Glass and other Google wearables in their details, furthering the speculation about what the other wearable products may be.

Speaking in March, Google executive chairman Eric Schmidt said that the Glass is a big and “very fundamental platform for Google” which was given its own division under ex-Apple executive Tony Fadell in order to ensure it is ready for users.

Some have suggested that Google may be planning to reveal its new products and designs at its I/O Developer Conference at the end of this month, but nothing has officially been released by Google. The chief executive of Luxottica, Massimo Vian, spoke about Google’s new developments in an interview with the Wall Street Journal, saying that the second version of the Google Glass would be out soon and that the company is already working on the third version of the product.

Tony Fadell, head of the Google Glass division has spoken out about the Glass at the UK’s Google Zeitgeist conference. He has said that his team has decided to look at every detail in order to “figure out the way forward” for Glass and that people should “expect more things to come soon”. As well as heading the Google Glass division, Fadell is the CEO of Nest, a company that makes a home automation system and which was bought for $3.2 billion in January of last year.

At the Google Zeitgeist conference, Fadell was asked about how the two companies are arranged. He said that Nest was still separate from Google with its own offices, own brand and its own policies. However, although it has everything it needs as an independent company, Nest can ‘pick and choose’ when it comes to operational synergies between itself and Google.

Fadell continues to work alongside designer Ivy Ross on the Glass project, with Google still selling the eyewear to businesses in healthcare and manufacturing sectors. In many job adverts on Google’s website the Glass division has been described as “a world-class team focused on the cutting edge of hardware, software and industrial design. It is charged with pioneering, developing, building and launching smart eyewear and other related products in line with Google’s ambitious and visionary objectives.” leading many to wonder what interesting new products Google will base on its ‘visionary objectives’. 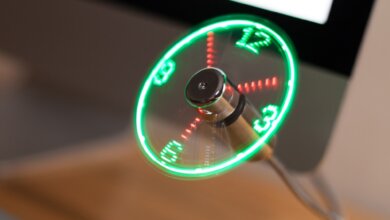 5 Major Reasons Why Your Business Competition Is Beating You 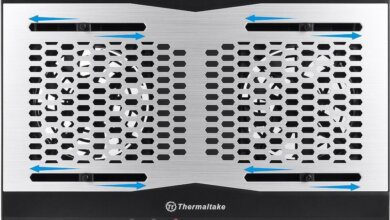 September 11, 2015
Facebook Twitter WhatsApp Telegram
Back to top button
Close
We use cookies on our website to give you the most relevant experience by remembering your preferences and repeat visits. By clicking “Accept All”, you consent to the use of ALL the cookies. However, you may visit "Cookie Settings" to provide a controlled consent.
Cookie SettingsAccept All
Manage consent