Tesla, the electric car company, has unveiled its newest venture- Tesla Energy. Tesla Energy comprises of two battery systems- the Powerwall and Powerpack that can store and provide electricity to homes and businesses.
The Powerwall is a home battery system that is much smaller than many current home battery packs. It measures around six inches thick and three feet by four feet in size, featuring an integrated heat management system. The battery can be attached to the inside or outside of house walls and is connected to the internet. It can be used to create what have been called smart microgrids that allow a house to go completely off the energy grid with either a 7kWh model and 10kWh model.
The Powerpack is a battery system that is infinitely scalable and can be used for businesses or even utility companies. The Powerpack comes in 100kWh battery blocks that can be connected and scaled up to 10mWh.

The Powerwall has been in testing for a year but has only just been announced. The product has been sold to select customers only so far, but will go on general sale later this year. Tesla’s Gigafactory, the biggest battery building factory in the world, will help to scale up production and sales for the new battery systems.

It has been speculated that Tesla Energy’s Powerwall was created with the company’s electric car owners in mind. Until now, owners had no choice but to charge their car using electricity at home from the grid which can prove to be expensive. The new battery system allows homeowners to store energy from the sun through solar panels which can then be used at night. Surplus energy can also be supplied to the grid through load shifting.

The battery system has been tested for months in California and this state has aggressive renewable energy mandates. Modern utility companies are expected to help produce energy from sources such as solar and wind but also provide storage options too. Storage systems are currently being used mainly at the utility level and in businesses, but residential storage is set to rise soon.
SolarCity is a solar energy company run by Elon Musk’s cousin Lyndon Rive and it has been piloting a program that pairs Tesla batteries and solar panels. Residential storage will reportedly account for almost half of the power storage market by 2019 and every SolarCity unit will come with an included battery within 10 years. Developments of this kind are likely to push down the price of solar, making it more affordable and allowing more businesses and homes to look to renewable energy. 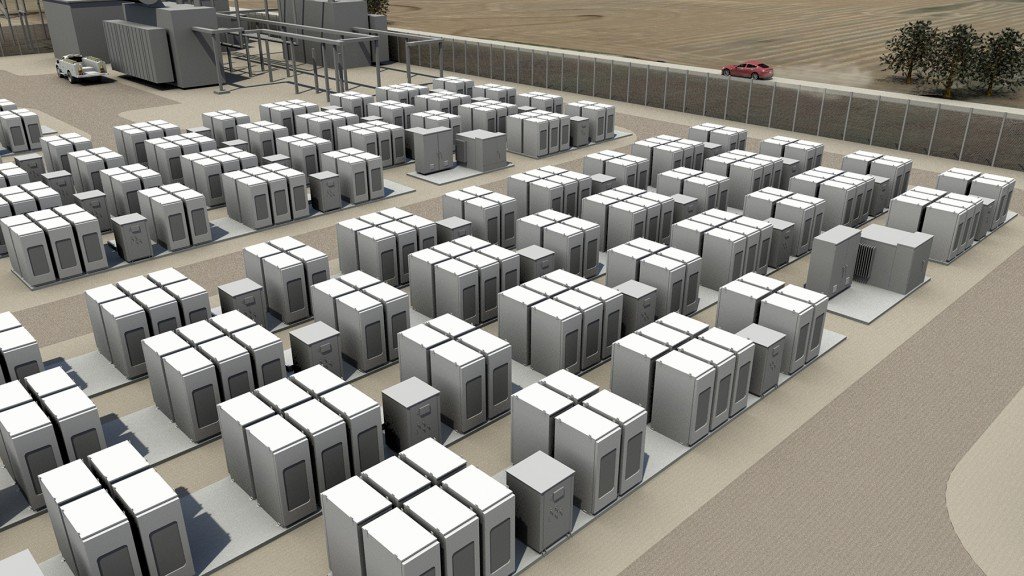 Musk has stated that Tesla Energy can provide a practical solution to the current problems with using renewable energy over fossil fuels. Large businesses such as Amazon, Target and Jackson Family Wines are already on board pilot programs that will see them using the 100kWh Powerpack battery blocks at their stores to store energy from solar panels and the grid during quiet times.
Amazon is using the battery packs to assist in running its Amazon Web Services with a 4.8mWh pilot program in Northern California. Amazon and Tesla have been working on the project for a year and hope that the battery packs will help to bridge a gap between power demands and the intermittent energy produced from sources such as wind and solar.

While utility companies will use Tesla Energy’s Powerpacks to help prevent energy spikes and store energy for peak times, households will also be able to benefit from having their own batteries. They will be free to harness natural power more readily as it can often be inconsistent and so needs to be stored for the times that it’s needed most. Tesla’s Powerwall battery packs will cost $3500 for the 10kWh version or $3000 for the 7kWh version. While these aren’t cheap, they will enable households to be more independent in their energy production and consumption while contributing energy for others to use.

Each of the two types of battery packs have been created in response to the growing demand for renewable energy that comes from inconsistent sources. The ability to store the energy efficiently and in large quantities will help to stabilise energy provision at the level of the grid itself right down to the individual homes that it serves.