While gadgets are getting smarter they’re also getting weirder as new technology makes it easier to bring unusual and innovative ideas to life. Some of these ideas are brilliant, while others may be a bit too strange to catch on. We take a look at the 10 weirdest gadgets of 2015 from CES to find out what strange new gadgets we’ll see on the market soon. 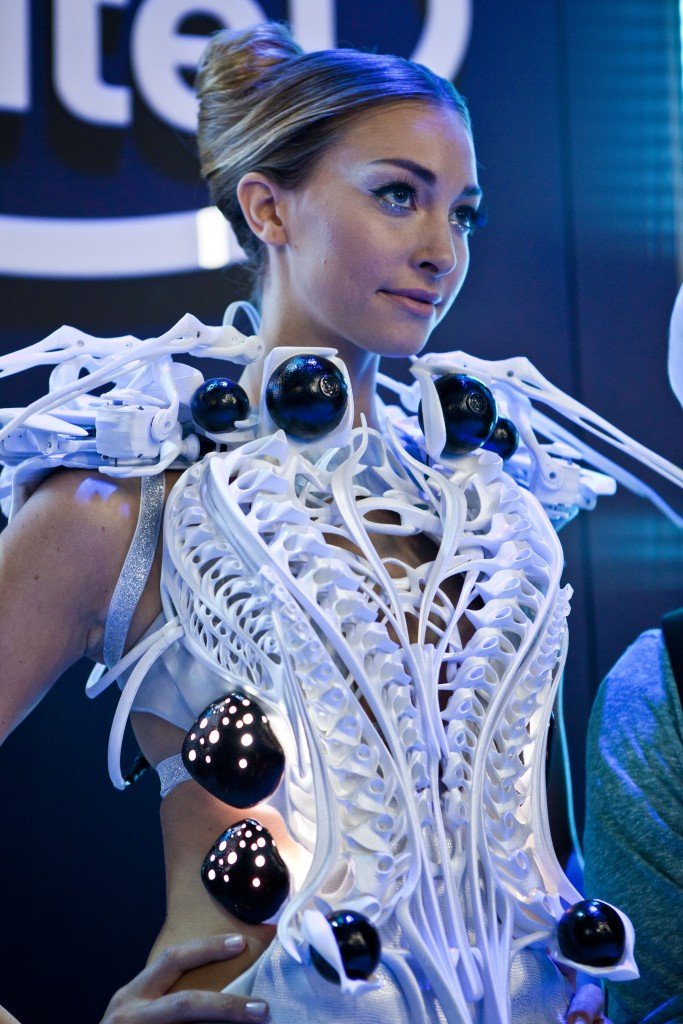 This 3D printed dress was created by Intel’s Anouk Wipprecht who works on wearable projects. The dress has built in robotic spider legs that offer self defense in the form of pokes when someone invades your personal space, driven by sensors and biometric signals. This is definitely one of the weirdest gadget designs that was shown at CES 2015 but it will be interesting to see how the technology can be adapted for more everyday garments. 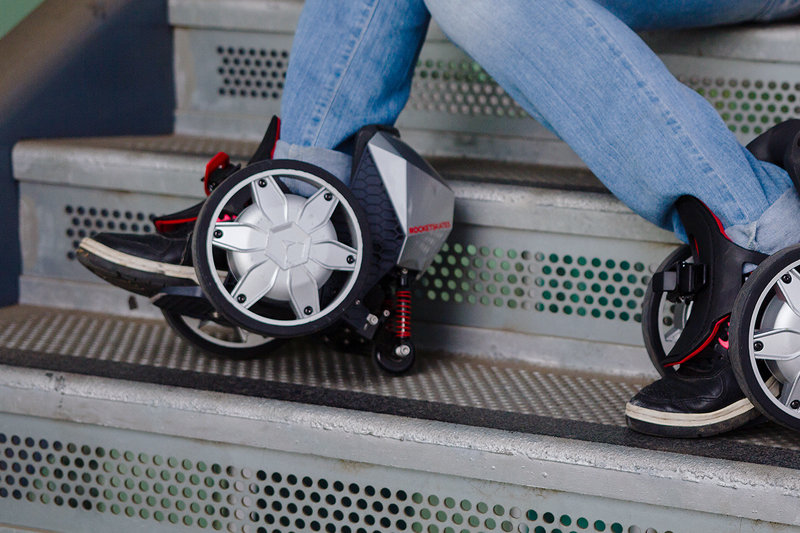 Rocketskates strap on over normal footwear and have motors on each side so the crazy electric skates can reach speeds of 10mph. You can walk normally in them or turn them on for up to 90 minutes of skating time, all tracked by a smartphone app. Each pair costs upwards of $499 and while they do look intriguing, I’m not convinced that this weird wearable will catch on. 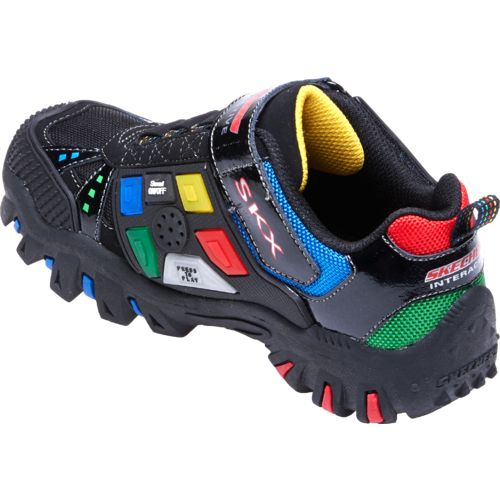 One for the kids- the Sketchers Game Kicks have a brightly coloured design and a fully functional game built in. Buttons on the side of the trainers light up in a ‘match the pattern’ style and the shoes also have an embedded speaker. In contrast to the boys design, the girls design has light up flowers and comes in glittery pink, blue and silver. 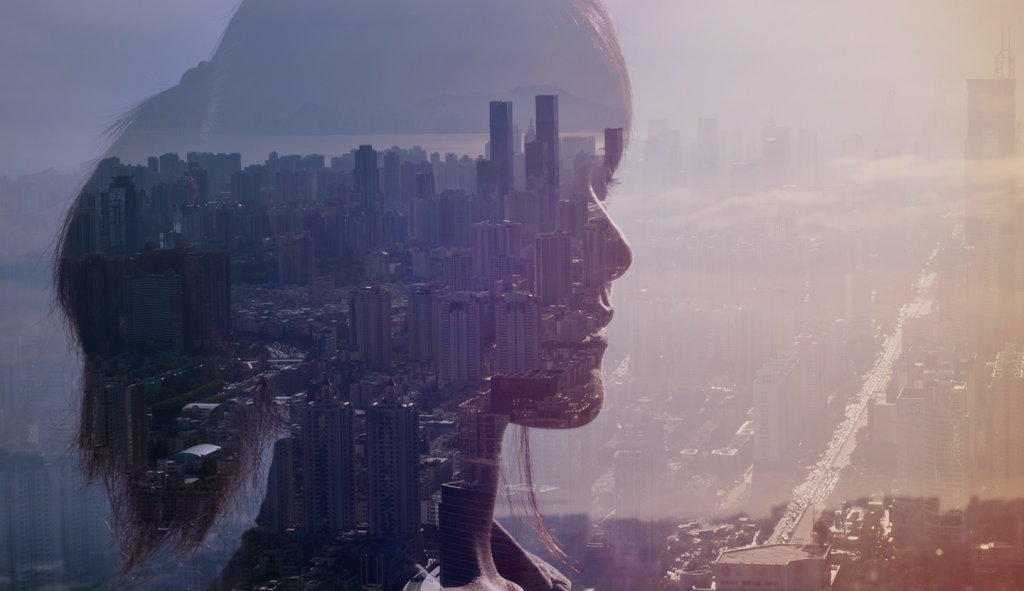 Thync is an unusual wearable device that aims to help track and change your mood. Thync uses neurosignaling to produce calmness within minutes and give you an energy boost. The device’s electrical impulses and waveforms modulate the brain, and you can choose different Vibes to induce a relaxed, energised or focused state.

Edwin the Duck is one of the weirdest children’s gadgets of 2015 that comprises of a waterproof speaker and thermometer controlled via an app. No longer are rubber ducks just a yellow bath novelty, but now they can speak to your children, read them stories and help them learn. Edwin is designed to take your children from bathtime to bedtime, and from newborn to elementary school. 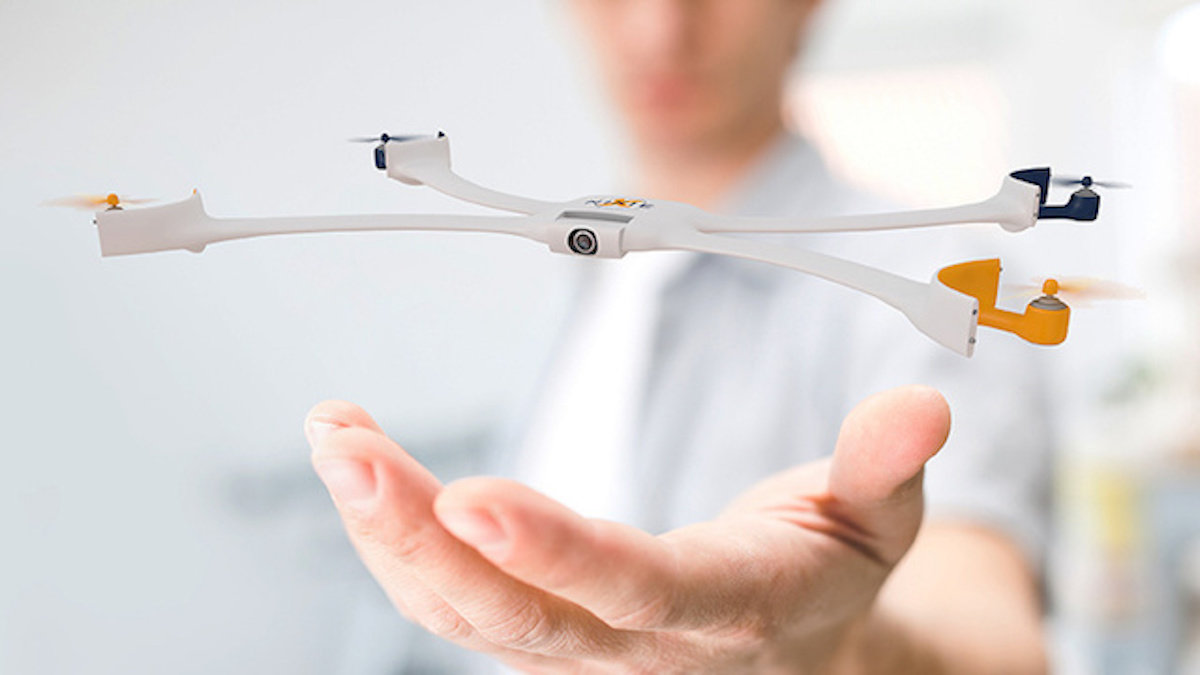 The Nixie drone has flexible bands that can strip around the wrist or leg that become the drone’s arms once they’re unbent. The Nixie is capable of taking HD photos and videos while following you around, or can be programmed to take photos of you from the air then fly back down to you. This is a weird CES gadget that would be great for adventurers and those into extreme sports. 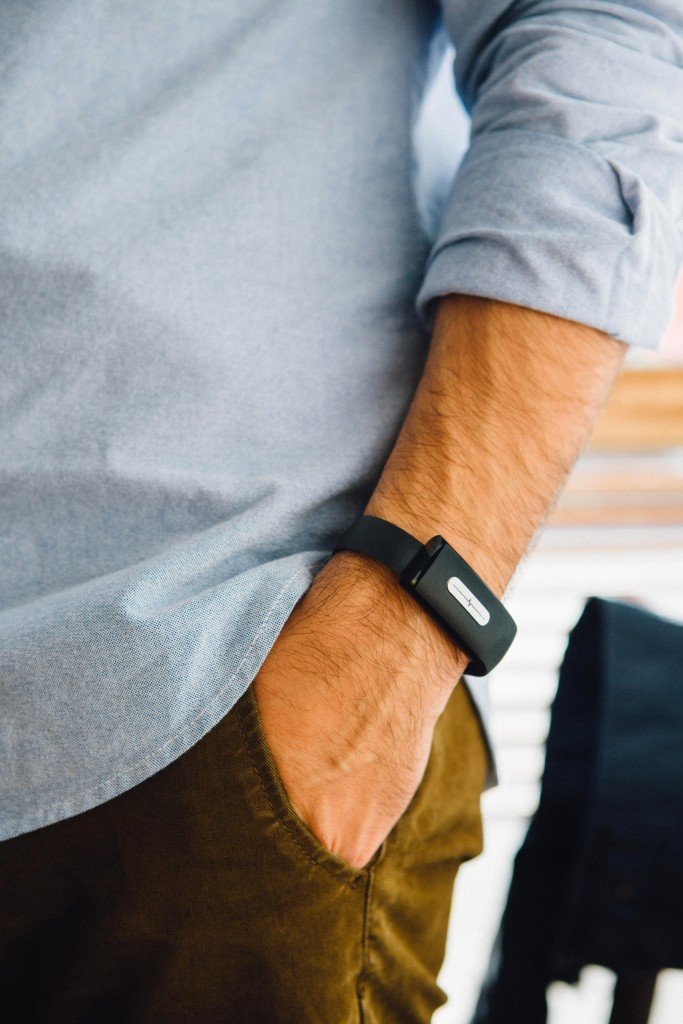 Nymi aims to unlock devices, remember passwords and more using biometric technology that measures the wearers unique heartbeat rhythm. This band could soon be the key to every gadget and service we use, doing away with passwords and insecure authentication systems. Nymi has opened up their band and HeartID software to developers so that more and more uses can be found for the unusual wearable.

The Toshiba Communication Android serenaded the crowd at the show with a strangely calm voice and blinking eyes. The Android robot has been developed in an effort to create service robots that can help in warfare and healthcare situations, but reaction so far has been intrigue mixed with apprehension. Toshiba is hoping to put this robot to use as a receptionist or exhibition attendant within the year.

Double uses a long pole held up by a self balancing kickstand to hold a tablet in the air, enabling people to be present at work or school when they can’t be there physically. The person’s face shows on the tablet screen while two way audio and video allow complete interaction. The Double can also move around on wheels, giving employees or schoolkids presence in the building from home. This is a weird gadget that does seem like a good idea, but most people may find Skype a bit less expensive.

Belty is a strange new gadget that takes on the form of a normal trouser belt. This wearable, however, is controlled by an app that lets you enhance your wellness and comfort throughout the day. The belt can be programmed to do things such as loosen when you sit down and tighten when you stand up, nudge you if you’re inactive, and record your waistline trends. While Belty may be innovative, it isn’t the most stylish gadget we’ve ever seen.