The latest flagship from LG has been released and, on paper, it’s really quite the contender for phone of the year. The LG G3 really made a splash last year when it came out with the first 2k screen, an amazing camera and really quite an impressive set of features. The LG G4 takes all these features and tries to improve upon them to create the best phone of the year. With the iPhone 6 Plus having arguably the best camera in any smartphone in the world (possibly seeing huge competition from the Samsung Galaxy S6) it takes a lot for an Android camera to make any impression on users these days. The LG G4 offers some really impressive features such as 3-axis OIS (which basically means that you’re going to get even better stabilisation than normal OIS stabilisation) and an f 1.8 lens that has the numbers to let in more light than any other phone. Early suggestions from reviewers are saying that this phone really does have one of the best, if not the best camera on any Android phone. With the Samsung S6 being the first phone to compete with the iPhone in the camera department and now LG apparently being able to also, it’ll be interesting to see how quickly mobile photography develops.

Something that a lot of Android users used to like about the phones was that they came with removable backs, allowing you to swap out different batteries if you so wished. However, recently this has stopped being a thing with the HTC One line and the new S6 and S6 Edge from Samsung. However, for businessmen and travelers who like to be able to swap out batteries in their devices because they may not be able to reach a charging port with be happy to know you can with the LG G4. In addition, we said “leather” backs, yes, the LG G4 does have leather variants, similar to what Samsung did. However, the LG G4 leather is real and has a nice stitched look down the center. All Android phones have been cleaning up their UIs recently which was a trend that started with Motorola and the Moto X when they released the phone with no skin over stock Android and just added a few extra features. HTC was first to cut down, offering a flatter and less power-draining skin and Samsung have cut down 40% of their UI with the S6. LG G4 hardly had huge bloatware with the G3 but the G4 cuts down even more, sticking to Android 5.0 with closer discipline. LG made a huge splash with the G3 when they were the first manufacturer to announce a mainstream flagship phone with a 2k display in a 5.5″ screen. It was something that was part experimental at the time as the G3’s battery wasn’t as outstanding as the G2’s. However, it was still a stunning display and so LG decided to continue the 2k tradition, but up the panel that they would be using. This year’s LG G4 offers up a 5.5″ 2k IPS LCD Quantum display. Quantum is a word we should get used to hearing when it comes to screens. It’s the new technology that basically means things will be more colorful, brighter and more true to real-life. Let’s hope the G4’s display lives up to this with incredibly high quality and real-life images. Smart Bulletin is the LG G4’s equivalent to HTC’s Blinkfeed and to Samsung’s Samsung Brief. It’s located to the left of your main home screen and houses information and news that LG believes you’ll want. You can customise this Smart Bulleting to include playing music, the QRemote, step count, news, social feed and much more. It’s something that’s taken a trend with Apple offering a similar widgets panel in their ‘Today’ view. LG look to make this the one-stop shop for all the information you’ll need, also offering up basic notifications within here too. We assume it will be able to be turned off if needed though for those of you who aren’t keen on the idea. 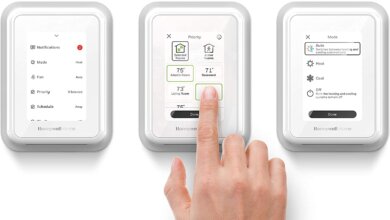 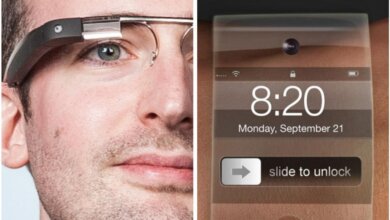 What Google Glass has Learnt from the Apple Watch about Wearables 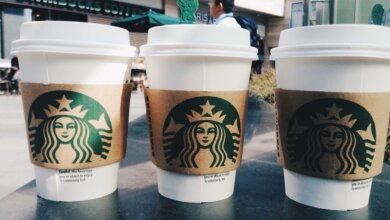 May 15, 2015
Facebook Twitter WhatsApp Telegram
Back to top button
Close
We use cookies on our website to give you the most relevant experience by remembering your preferences and repeat visits. By clicking “Accept All”, you consent to the use of ALL the cookies. However, you may visit "Cookie Settings" to provide a controlled consent.
Cookie SettingsAccept All
Manage consent