The Best Gaming Laptops On The Market Right Now 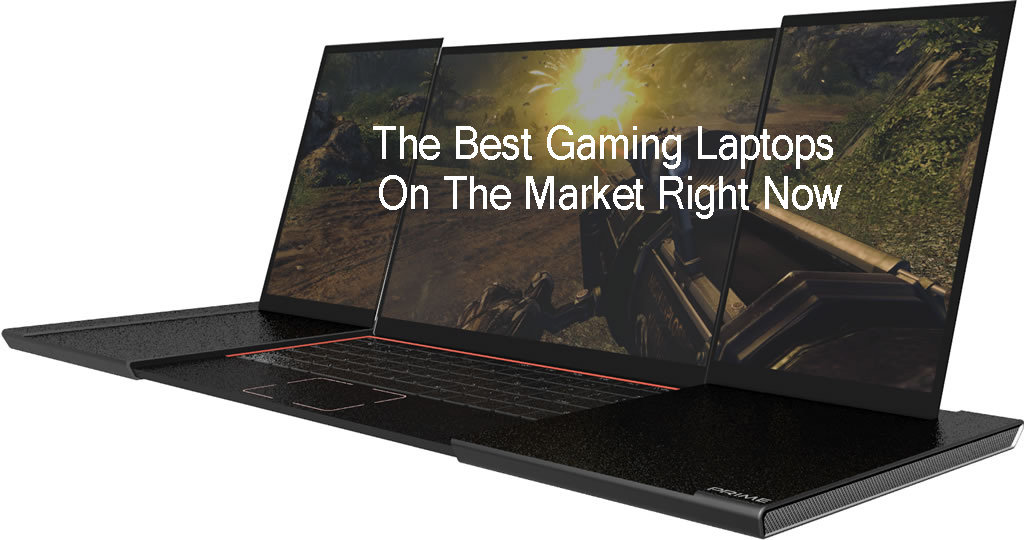 If you want to do any serious gaming, you often go out and build your own Windows computer. This way, you can get the best equipment, the best OS to run it on and for a price that doesn’t blow the budget as you’re buying each individual part itself. However, what if you want to take your gaming on the go? What about if you want to play Call of Duty whilst on the train or when at a friends’ house? What if you travel a lot and you can’t keep away from the latest Crysis game or stop yourself from having a quick World of Warcraft session. How about if your laptop was capable enough to run these games at the highest of setting also?

Gaming laptops have come on leaps and bounds over the past few years and these days, we have laptops as thin as the average laptop that can offer you gaming that rivals high-end desktop set ups. In this article, I’m going to give you a list of gaming laptops that are plenty capable enough of running any game out there at high settings, but which ones remain portable and offer an acceptable battery life? 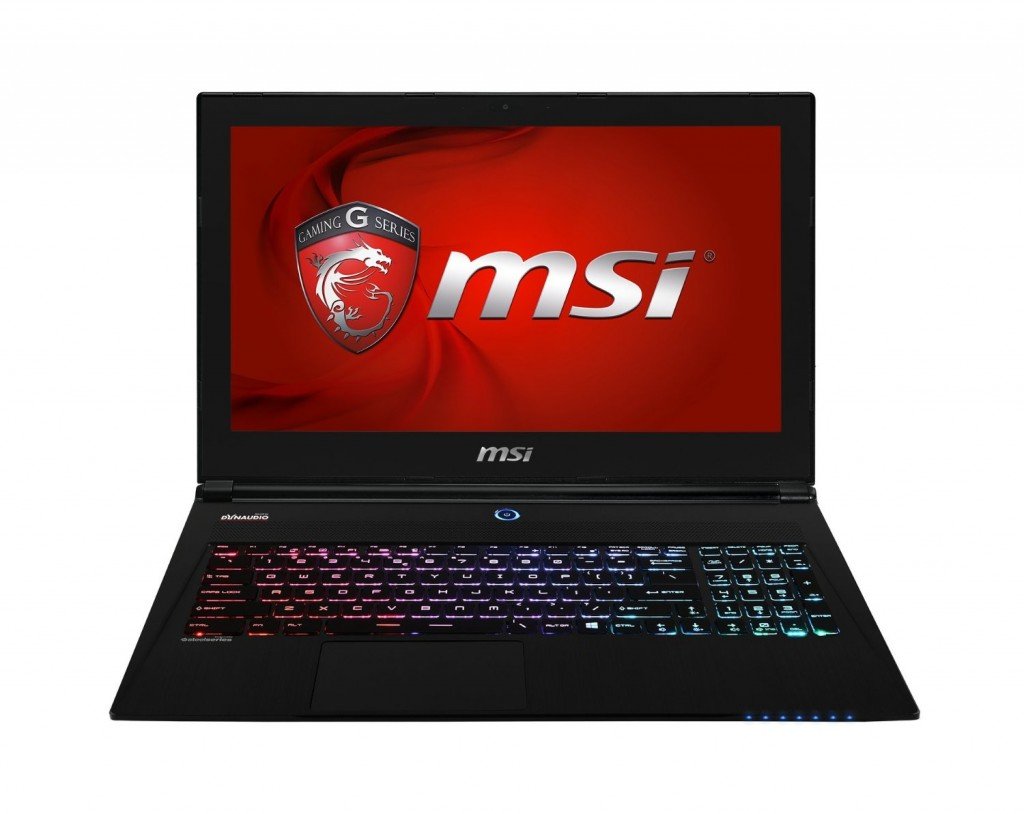 MSI are company very trusted within the PC gaming world, they may not be the most well known but they are highly respected non-the-less. Recently MSI have been pushing the boundaries of what’s possible with gaming laptops, creating machines that offer such incredible power in portable form-factors.

The MSI GS60 Ghost Pro is the first laptop on our list. There is a newer GS60 Ghost Pro, however that is $500 more and doesn’t justify the huge jump in money for a laptop that actually suffers from less power and less battery life to offer a much thinner body. The MSI GS60 Ghost Pro is actually the cheapest laptop on our list by a long way and when you compare it’s specs to a similarly priced MacBook pro, there’s really no competition when it comes to power. With an 2.4Ghz (power boosted to 3.4Ghz when needed) i7 Processor, an NVIDIA GeForce GTX 870M 6GB this laptop offers one of the best graphics cards out there. You couple this with the 16GB RAM and this machine has plenty of horsepower to handle running many programmes at once and running some of the most graphically-intense games on the market right now. 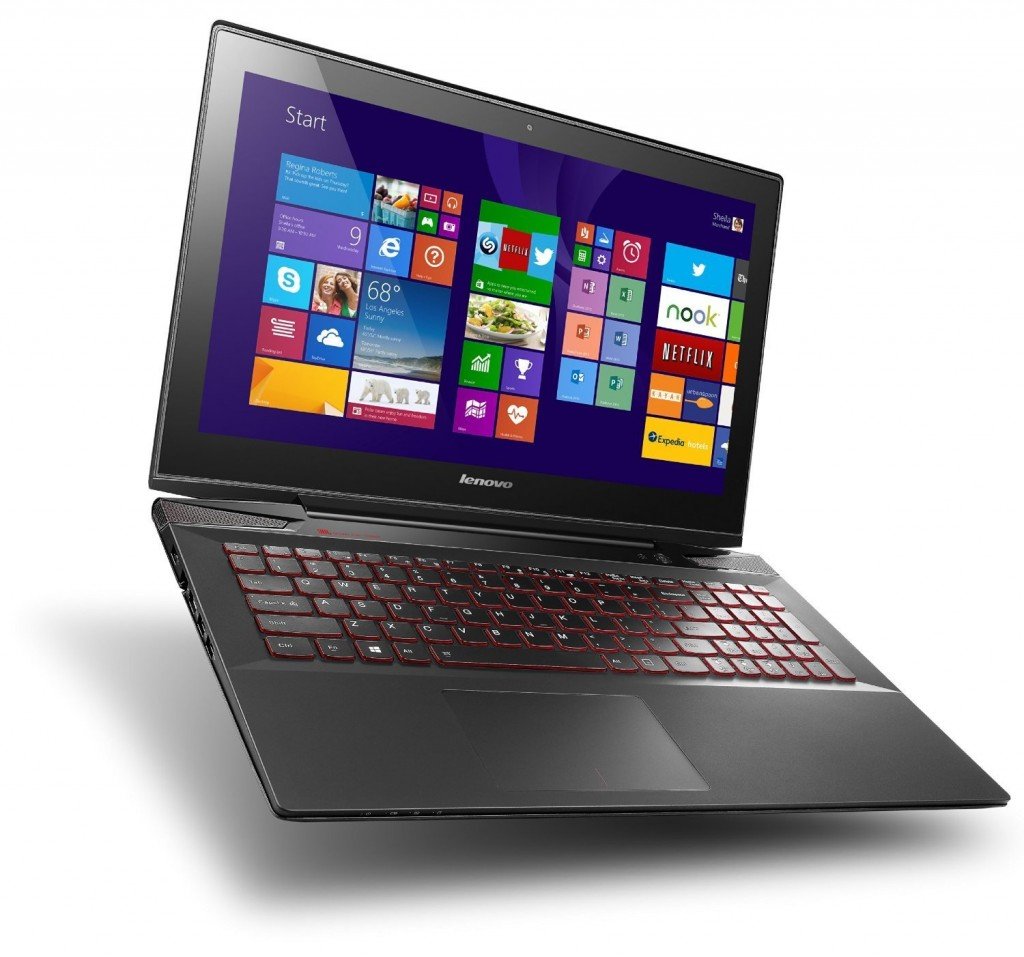 With the introduction of Windows 8, a lot o touch-screen laptops started emerging and despite the fact you’re never going to get any serious gaming from touching your laptop screen, a few gaming laptops have adopted this technology. One laptop that offers this option is the Lenovo Y50 Touch 4K.

As you may have guessed from the title, the Lenovo offers a whopping 3840 x 2160 4k screen within it’s 15.6” display. This not only makes it the highest resolution laptop on our list, but one of the highest resolution laptops currently available to buy. However, this laptop can also produce some serious gaming power also with an i7 2.4 Ghz (Turbo Boosted to 3.4Ghz) Processor. The Y50 runs Intel’s brand new Haswell chip as well which is recorded to provide enhanced speed but use better battery. The Y50 also rocks an NVIDIA GeForce GTX 860M with 2GB graphics memory which is a step below the MSI’s offering, but in a smaller body.

The Lenovo does suffer from a less-than-great battery life once again due to it’s smaller body. And unfortunately, you may not be able to take those games to 4K just due to this being a very hard task for even high-end desktops to manage. However, the Lenovo does have a cheeky set of JBL Stereo speakers built in which i’m sure will offer some great sound for games and media. 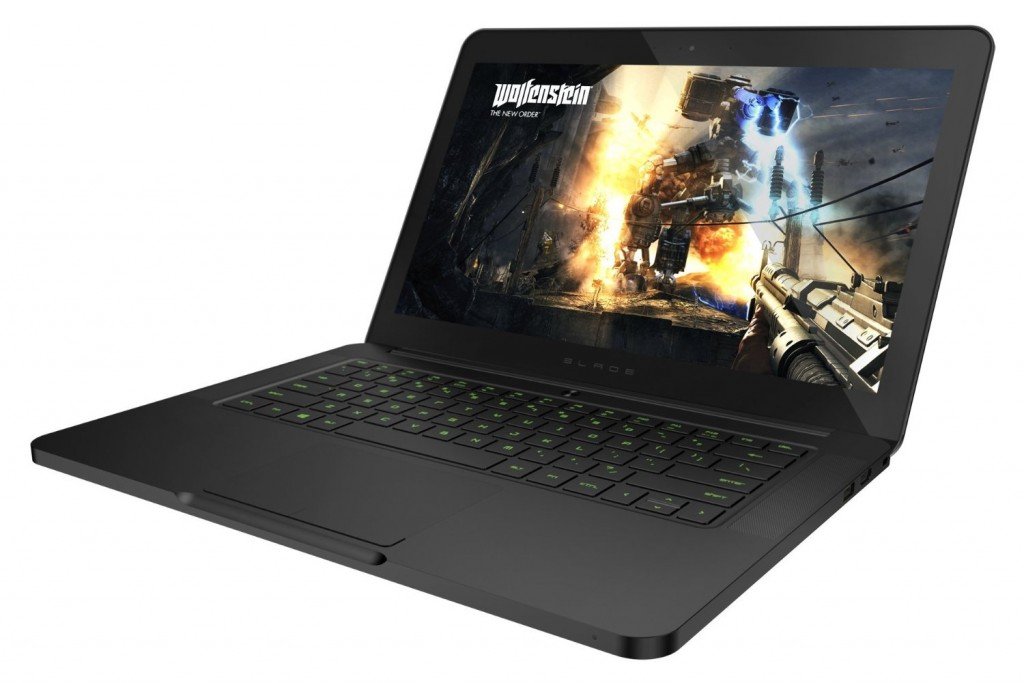 Razor are another name that you often correspond with the world of PC gaming, they offer some of the best keyboards, mouses, headsets and general gaming accessories around for computers. A few years ago, they produced the Razor Blade 14” laptop which finally made gaming laptops look as sexy as the MacBooks and other UltraBooks out there. If offered contrasting black and green pattern with a slim form-factor which would rival any attractive laptop out there.

Razor have just announced their latest reiteration of it’s award-winning laptop, still keeping the same name but bumping up the specs to some quite unbelievable levels. The Razor Blade offers the second best display in our line-up with a resolution of 3200×1800 which is still an incredible resolution. This screen however also offers touch for the more tricky parts of Windows 8 that some people still believe weren’t built for mouses or trackpads.

The Razer Blade only offers a 2.2Ghz i7 Processor (Turbo Boosted to 3.2Ghz) as opposed to the 2.4 boosted to 3.4 we’ve seen on our two previous laptops. Also, it offers the lowest graphics memory with an NVIDIA GeForce GTX 870M with only 3GB of memory. In addition the Razer Blade only offers 8GB of RAM as opposed to the 16GB we’ve seen on our two previous models also. This may not sound like a great offering to you. Now, this laptop may not sound like the best deal right now, but what if I told you this laptop was 0.7 inches thick as is the thinnest laptop on our list? However, with a higher price point and lesser specs, you have to ask yourself if you want beauty or power for your money? 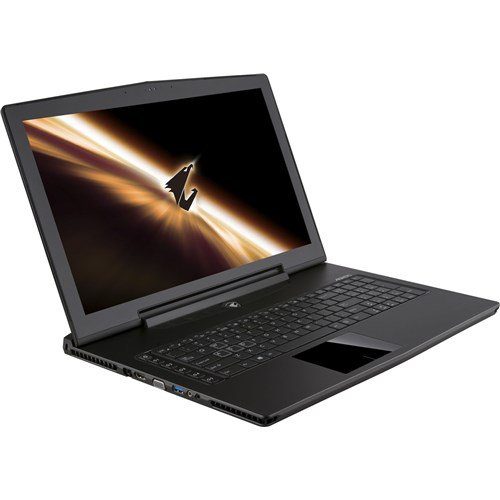 This is a new brand and may not be an obvious to most people. However, this machine has come out of nowhere and arguably taken the crown when it comes to gaming laptops. Thanks to Intel’s latest Iris Pro processors, it’s been blowing away benchmarks set by previous laptops all over the place.

What impresses most people about the Aorus however is that it is merely 0.9” thick, which for a 17.3” laptop, is incredibly thin. Said display is rocking a mere 1920x1080p resolution, however with most games not supporting 4K and almost no laptops being able to run these games at this resolution, this isn’t going to be a massive drawback for those who are looking for a gaming laptop.

The Aorus X7 Pro has quite the incredible set of specifications starting with an i7 2.5Ghz (turbo boosted to 3.7Ghz) processor which is by far the highest on our list. On top of this, the Aorus X7 offers not one but TWO NVIDIA GeForce GTX 970M graphics cards to power all those games.  Rounding off this impressive spec sheet is a 16GB RAM. This is by far the most powerful laptop on our list but also the largest and heaviest. It is a laptop for those who don’t mind the extra weight in their “portable” gaming machine.

I hope this list has made it easier for you to choose the right gaming laptop for you. We’ve chosen good-looking machines, incredibly powerful machines and the cheaper gaming machines. Therefore we like to think we’ve covered all bases. Hope you find what you’re looking for!