So the Apple Watch is a massive topic on the lips of technology enthusiasts and even Apple enthusiasts at the moment. Apple are advertising it as the most personal device they’ve ever made and a lot of technology experts claiming that smartwatches were never really going to kick off until Apple released there. Obviously we didn’t know the initial impact of the Apple Watch until April 10th when they went on sale and people started playing around with them, buying them and we see the initial sales figures. 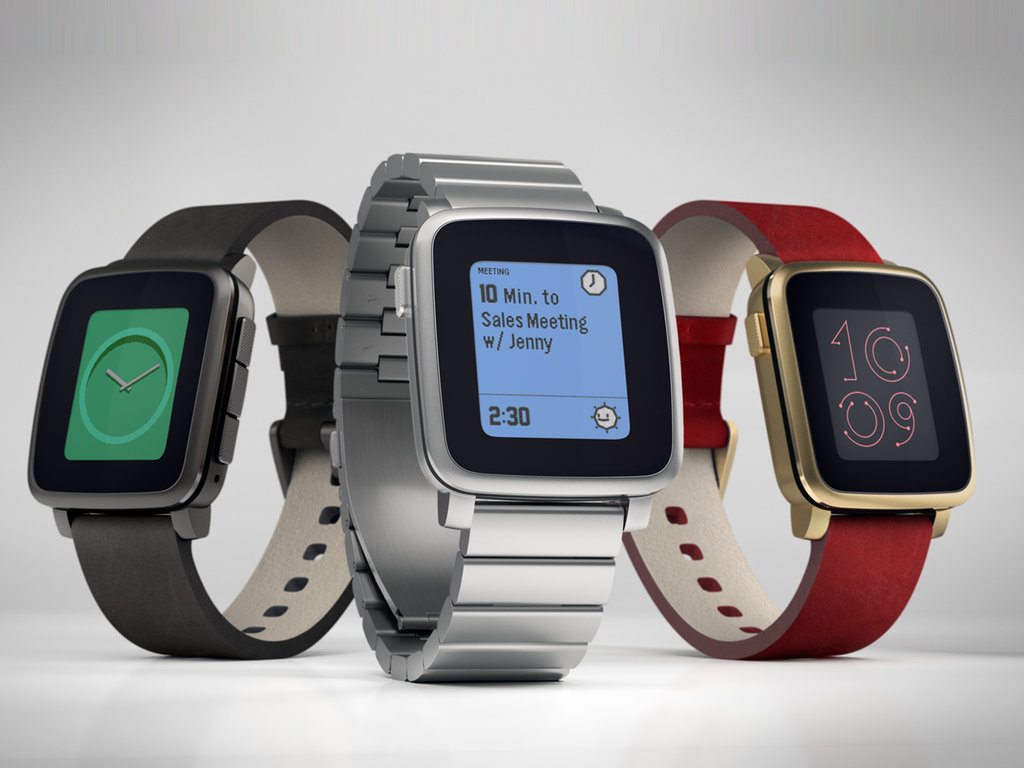 However, there’s a competitor and in many technology experts’ opinion, a serious competitor to consider. That competitor is the Pebble Time. The original Pebble watch was the first true smartwatch to make any serious movement in the niche market area back in 2012 breaking all Kickstarter records. The watch revealed to be able to do a lot but lacked a lot of what Google brought a year later with the sexier and quicker Google Wear OS.

The Pebble Time looks to be bringing the Pebble smartwatch into a more modern times, however keeping what made the original Pebble appealing to users. We are going to point out 5 things here that the Pebble Time can do/has that the Apple Watch can’t do/doesn’t have. Will this persuade you to get the Time over the Watch, let’s find out…

That’s the difference between having to charge your watch every night and being able to take your watch on holiday and not having to worry about charging it the whole time. In fact, the new announced Pebble Time Steel is apparently going to not only offer an aluminium body but an extra 3 days of battery life. 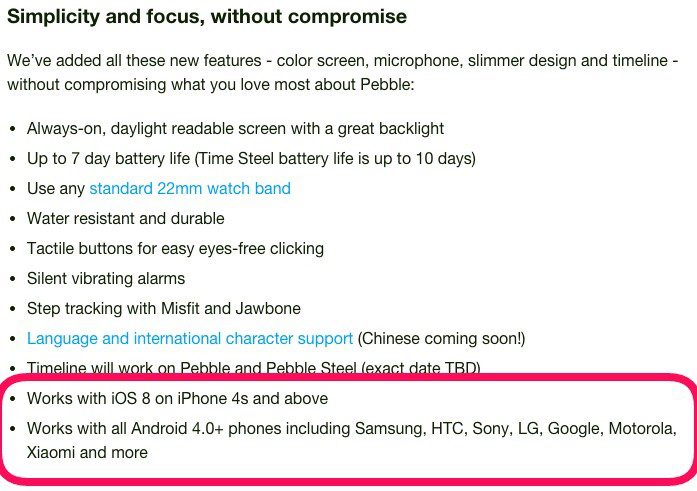 Works Well With others

Another reason the original Pebble was so popular is that it worked really well with both iOS and Android devices allowing for a much wider audience. However, no one expected Apple to open up the Apple Watch platform to Android users as then Apple can keep everything a tightly-nit operation.

The Pebble Time still offers cross-platform support which will appeal to a lot of users who may be in the transition stage of going from one OS to another or maybe to those business-man that use both OS’ also.

There was never going to be a doubt that the Apple Watch was going to be a premium product at a premium price, it’s how Apple has always done things. However, when it was announced that the watch was going to be $349 for the basic, sport edition which wasn’t even their staple product, users were very confused. On the other hand, the Pebble Time can currently be pre-ordered for $179 on Kickstarter. That’s almost half the price of the most basic Apple Watch. Let’s not even mention the $10,000 Apple Watch Edition.

One thing that confused a lot of people when the Apple Watch was announced was that the fitness aspects of the watch wouldn’t be open to other app developers. Therefore, Apple highlighting the availability of Runtastic was odd as the application is merely a second display to show how your iPhone is collecting stats for it. The Pebble Time on the other hand is a very open Operating System offering developers the open availability that Android users are used to where app developers can access all aspects of the platform.

Simple put, Smartstraps will allow developers can add GPS, NFC, longer battery life, and more with these straps, extending the capability of Pebble Time. This opens up the potential for the devices far more than anything Apple is currently offering. Plus it adds more customisability which is something a lot of consumers love to do with products.